Funeral services will be held at 10:30 AM on Monday, June, 27, 2022 at Hope Lutheran Church in Northome, MN with Pastor Luke Berntson officiating. Visitation will be held for one hour prior to the funeral at the church. Interment will be in the Forest Hill Cemetery in Northome, MN.

Lorraine Ann Aiton was born on July 15, 1941 to Bernard and Pearl (Iverson) Twait in rural Palo Alto County, IA. She was a welcome addition to a growing family of four older brothers. She was baptized and confirmed at St. John’s Lutheran Church at Depew, Iowa. She excelled at piano and music lessons and was able to utilize those talents the rest of her life. She graduated from Ringsted Community School as Class Valedictorian in 1959.

She attended Emmetsburg Junior College and graduated with an AA in Elementary Education in 1961. She began her teaching career in Renwick, IA and later in Algona, IA. Upon completion of her BA Degree in Education through MSU in Mankato, MN in 1965, she moved to Alaska and taught at the Moose Pass School for one year. She enjoyed the challenges of teaching in a small school in Alaska, but missed the Midwest. She then moved to Minnesota and taught for several years in the Anoka School District in Anoka, MN. It was here that she met her life partner, John Aiton. They were married on June 13, 1970 in Anoka.

John and Lorraine both enjoyed the outdoors, fishing, hunting and hiking when they could. During summer weekends they loved to fish in Northern MN and visit their cabin on Blind Moose Island at Lake of the Woods. The two of them appreciated the opportunity to travel extensively and they spent many winters in Florida. In 1979 they moved permanently to their home on Island Lake near Northome, MN. Lorraine accepted a teaching job in Northome and she spent the last 20 years of her chosen career there, retiring in 1999 after 38 years of continuous teaching. In addition to her classroom duties, she had the opportunity to mentor several student teachers from Bemidji State College. She assisted with curriculum planning and she was a member of a district Technology Committee. In 1996 she was deeply honored to be named as a nominee for “Minnesota Teacher of the Year.” For several years after her retirement she volunteered at the Northome Public Library. As a natural and gifted educator, she was truly a life-long learner. She never forgot to cheer for the Iowa Hawkeyes, the Minnesota Twins and the Vikings. 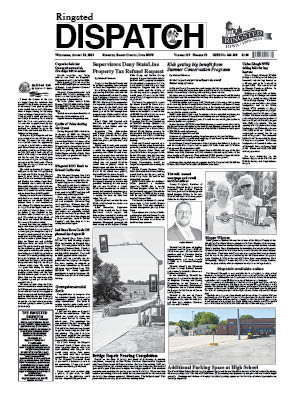